The role of the Corps of Royal Electrical and Mechanical Engineers (REME) is to maintain and repair the equipment and material of the British Army. This year sees the Corps 75th anniversary.

In conjunction with HQ REME British Forces Philatelic Service has produced a commemorative cover to mark their anniversary on the 1st October 2017.

This very striking cover bears an image, taken from a painting by the renowned war artist Matthew Cook, depicting a REME recovery vehicle towing an Armoured Personnel Carrier. A personalised smiler stamp showing an engine pack being removed from equipment will be cancelled by the unique British Forces Postal Service special handstamp No 3207.

The covers may be ordered from the BFPS online shop (www.bfps.org.uk/shop) at a cost of just £7.50 from the 17th September 2017. There will also be sheets of the above Smiler stamp for sale. 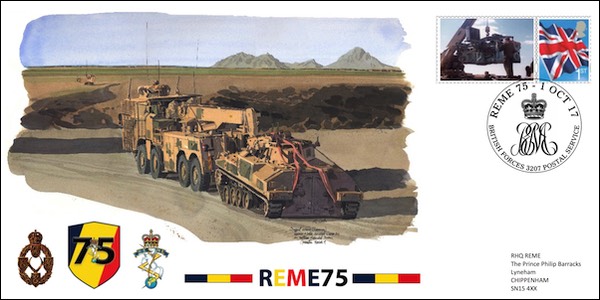 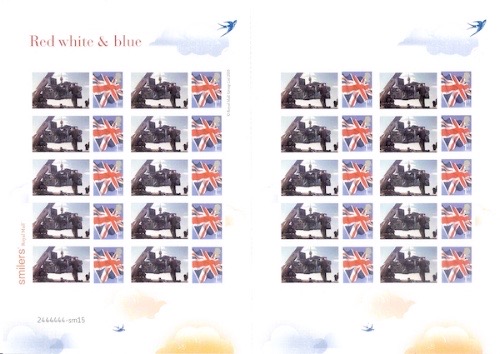