80th Anniversary of the Award of the George Cross to Malta

80th Anniversary of the Award of the George Cross to Malta

The people of Malta suffered terrible conditions during the siege of the Island during World War II. Their bravery was honoured by the award of the George Cross to the Island in April 1942 by King George VI. To mark the 80th anniversary of this BFPS has produced, in conjunction with the George Cross Island Association (GCIA), a commemorative cover to be issued on the 15th of April 2022.

Images on the cover show the Island of Malta and the George Cross medal. Alongside these are the crest of Malta and the logo of the GCIA. A 1st class stamp bearing the image of H.M. The Queen will be cancelled by the exclusive BFPS 3238 special handstamp specially designed for the occasion.

A standard unsigned version will cost £8 each whilst a numbered limited edition of 80 signed by the Honourable Tim Lewin (Son of the Late Admiral of the Fleet Lord Lewin and organiser of the London Maltese Siege Memorial) will cost £16 each.

The commemorative covers include an information insert and will be presented in a protective cellophane sleeve making a very collectable souvenir of the anniversary.

Profits from the sale of these covers, after production costs, will be donated to the GCIA Association to support their work.

The George Cross Island Association (GCIA) originally came into being to commemorate and bring together veterans and families of the Siege of Malta (1940 to 1943) and particularly those who took part in the Pedestal Convoy. This enabled comrades and friends to share their experiences. However, today we welcome members from all walks of life who have an interest in Malta and want to see history promoted and maintained.

The membership is split into two branches United Kingdom and Malta GC - although membership is not exclusively restricted to a single branch or to the geographical area in which a person resides.

Website: http://www.georgecrossisland.org.ukAssociation National Secretary
Email: This email address is being protected from spambots. You need JavaScript enabled to view it. 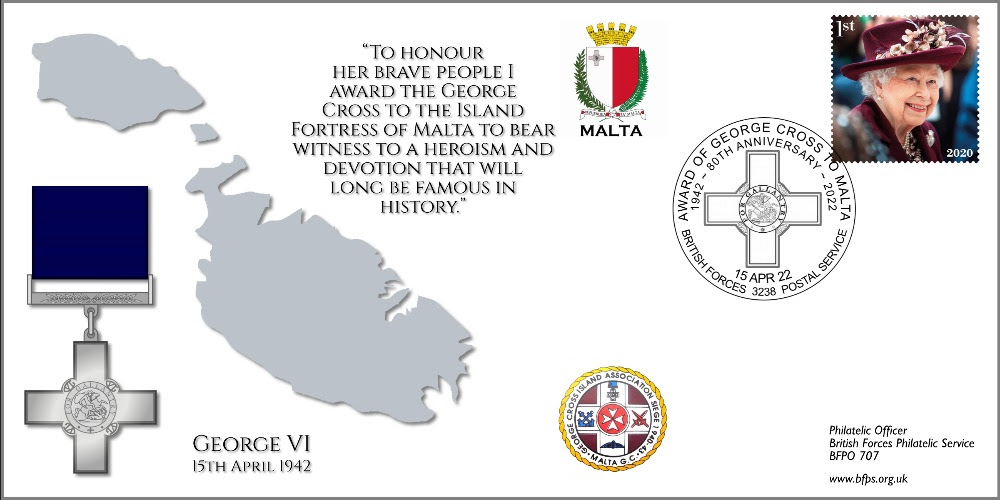 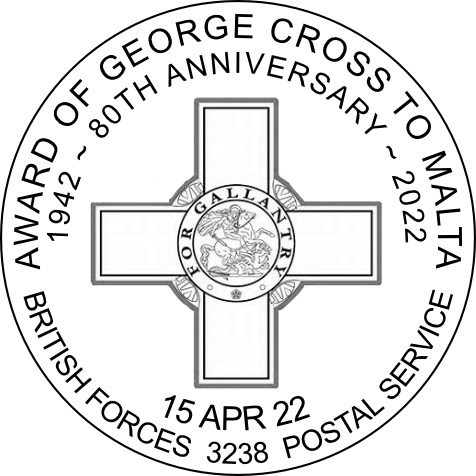