The Ice Maiden team, all women soldiers serving in the British Army or Army Reserve, have made history by becoming the first all-female team to use muscle power alone to ski coast-to-coast across Antarctica. Unsupported, and with only two resupply points along the route, they carried all the supplies and equipment needed to survive for up to 600km at a time. The team took 61 days on the ice and finally crossed the finish line on the 19 Jan 2018.

BFPS has produced a commemorative cover to mark this historic crossing to be released on the 1 February 2018. To help raise money for Military charities the Ice Maiden Team carried some of the covers on the expedition.

There will be two versions issued:

Also available will be a few sheets of the personalised Smiler® stamps (20 per sheet) used on the cover, priced at £38 per sheet (whilst stocks last - limited numbers available).

Covers and stamps may be ordered from the BFPS shop (www.bfps.org.uk/shop) and by post by sending a cheque (payable to ‘BFPS CIC’) to BFPS The Old Post Office, Westerlea, Links Place, Elie, LEVEN KY9 1AX. 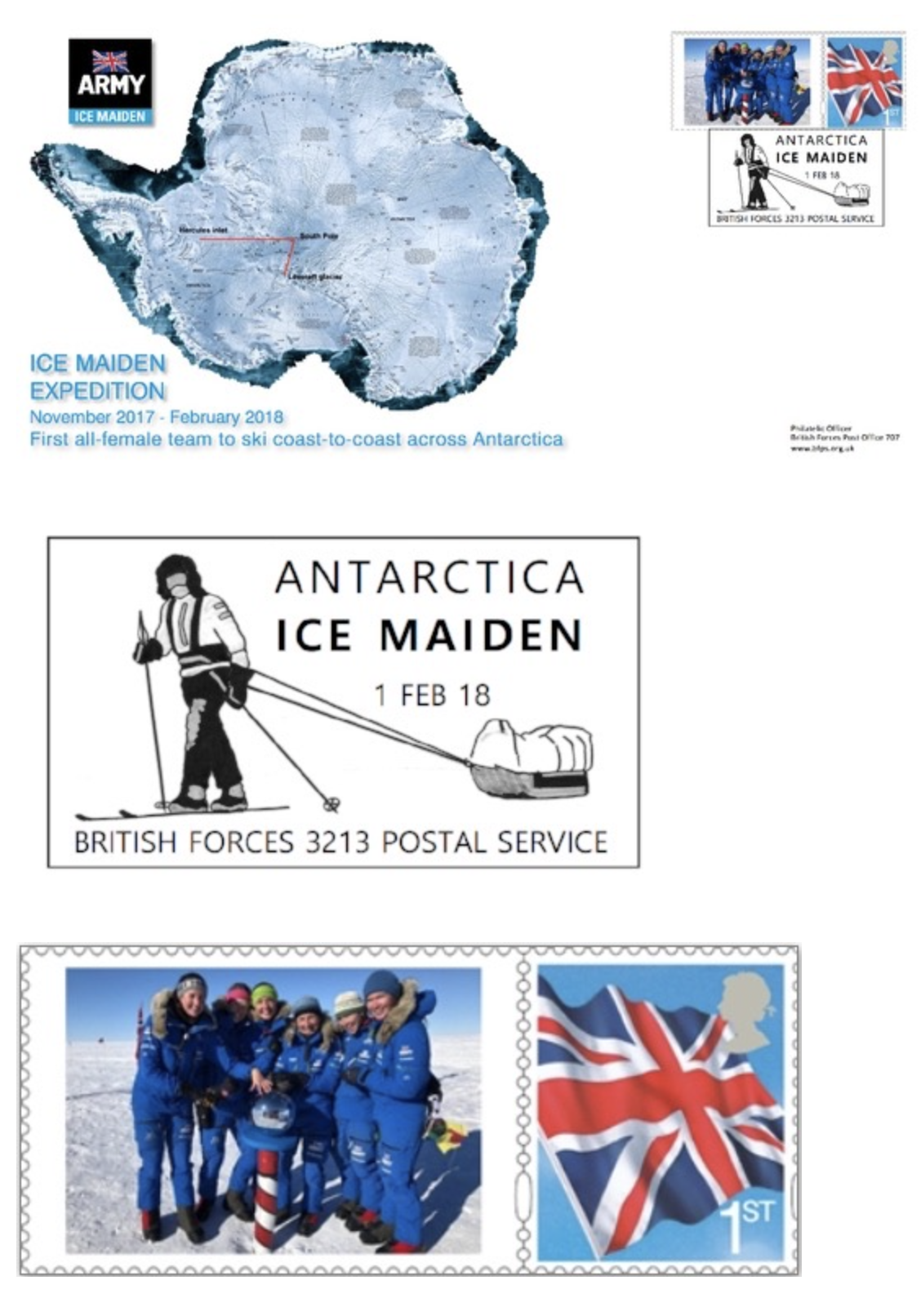