The Centenary of Legion Scotland

In June 1921, Field Marshal Earl Haig formed the Royal British Legion Scotland, Legion Scotland as it is now known, by bringing together several charities that had been established to assist those returning from the horrors of the First World War and residing in Scotland. This year sees the centenary of the charity.

BFPS in partnership with Legion Scotland will be marking this historic occasion by producing a commemorative cover to be published on the 18 June 2021.

Two versions are to be issued as follows:

Standard version priced at £8 each.
Limited number of 100 signed by the President of the Royal British Legion Scotland Lieutenant General Sir Alistair Irwin KCB CBE, priced at £15 each.

All covers include an A4 double-sided information insert and will be presented in a protective cellophane sleeve making a very collectable souvenir of Legion Scotland’s centenary.

All profits from the sale of these covers, after production costs, will be donated to Legion Scotland to support their charity work.

The covers can be ordered from the BFPS online shop (https://www.google.com/url?q=http://www.bfps.org.uk&source=gmail&ust=1619194056414000&usg=AFQjCNHBACYKj3Wq6Tr7Hb8ZSSwYlsd6UA">www.bfps.org.uk) or by post by sending a cheque (payable to ‘BFPS CIC’) to BFPS, The Old Post Office, Links Place, Elie, LEVEN, KY9 1AX. 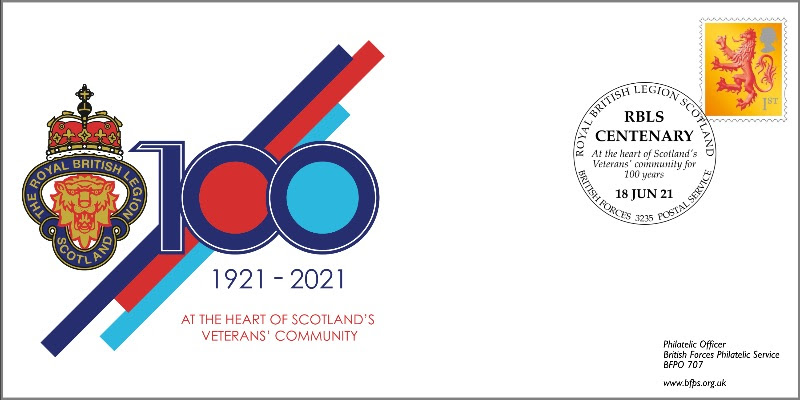 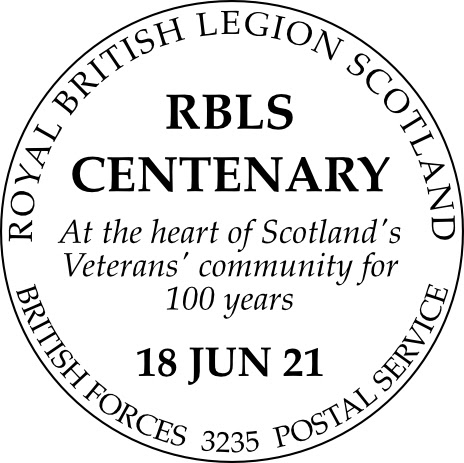