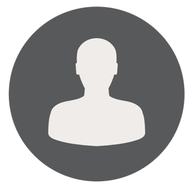 At the Annual General Meeting held on 12 April 2008 Honorary Life Membership was conferred on Alistair Kennedy in recognition of his devotion and tireless work for the Society in so many ways and over such a long period. He was President 1991-93, he deals with the despatch of the Journal and has done so for many years, he helps out at live auctions, assists at Midpex and other Society events, assists in answering queries from both members and non-members and generally supports the Society as a regular attendee at meetings all over the country and can be relied upon for a display no matter what the topic. He is one of our foremost experts on Forces mail generally.

In a subsequent letter thanking the Society he states that "I was completely taken by surprise by the award of honorary life membership of the Society. I consider this a great privilege, and thank the members for this honour. I have been a member for a little over fifty years (I think I joined in 1957) and have had great happiness from my membership throughout that period. I look forward to many more years of the same".